FREDERICTON (GNB) – Public Health reported today that 81.6per cent of eligible New Brunswickers are fully vaccinated against COVID-19 and 90.8 per cent have received their first dose of a vaccine.

“I am particularly pleased to see that the number of people getting first doses is rising again,” said Dr. Jennifer Russell, chief medical officer of health. “This shows that our measures to encourage vaccination are having the desired effect. But that still leaves 128,000 eligible New Brunswickers who are not yet fully protected against this virus, including 69,000 who have yet to receive their first dose. This is where the greatest risk now lies.”

All provincial government employees, staff in long-term care facilities and staff and volunteers in schools and licensed early learning and child-care facilities must be fully vaccinated by Friday, Nov. 19.

A booster dose of an mRNA vaccine is being administered to residents in nursing homes and other communal settings who have already received two doses of a vaccine.

52 of 63 hospitalized not fully vaccinated

“The Delta variant during the fourth wave of the pandemic has hit our province much harder than previous waves, and we are all feeling this impact,” said Health Minister Dorothy Shephard. “The high case count and high numbers of hospitalizations we have experienced in recent weeks have led to new measures coming into effect. These steps are necessary to find a balance between living our lives as normally as possible while reducing the impact on our health-care system.”

“The evidence is clear: if you are unvaccinated, you are 18 times more likely to become severely ill if you contract the COVID-19 virus,” said Russell. “It also shows that the vaccines are very good at preventing serious illness, hospitalization and death among those infected with the COVID-19 virus.”

From Friday night through Monday, officers and inspectors responded to 28 calls for service and conducted more than 600 inspections of stores, restaurants, licensed establishments, events, entertainment and fitness venues and several private dwellings. Ten self-isolation orders were issued to people who arrived at a New Brunswick border without proof of vaccination, and one compliance order was issued in Moncton in connection with care required when checking proof of vaccination at a venue.

As part of these inspections, peace officers visited 63 places of worship to ensure they were following the rules, and 62 of the 63 were found to be in full compliance.

“I am deeply appreciative that nearly every religious leader and faith community in New Brunswick is doing the right thing by their community and their province,” said Shephard. “They are requiring proof of vaccination or having smaller, distanced, masked gatherings, or they are taking their celebrations online temporarily. These are tough decisions, but necessary ones, and I appreciate the leadership being shown.”

The Department of Education and Early Childhood Development has collaborated with Public Health to develop a new rapid-testing program for schools to help minimize disruptions to learning due to COVID-19 outbreaks.

Beginning today, unvaccinated students who are identified as a close contact of a confirmed case may be provided with quantities of five-pack rapid tests, depending on the last possible exposure date to the confirmed case, along with instructions. Tests will be picked up by parents the following day, depending upon when the school is notified of a confirmed case.

Students with two negative tests and no symptoms will be able to return to the classroom after as little as 24 hours of self-isolation, unless otherwise advised by Public Health. They will be required to continue testing daily until the end of the period, as prescribed by Public Health, to continue attending school.

Students and staff, regardless of vaccination status, must stay home and get a PCR test through Public Health if they have even one symptom.

Students who are vaccinated or are participating in rapid testing who have no symptoms may also continue to engage in extracurricular activities as they regularly would.

Zone 6 (Bathurst region) – A case has been confirmed at École la Ruche in Tracadie-Sheila.

Since Sept. 7, 94 schools and 47 early learning and child-care facilities have had confirmed cases of COVID-19. In the coming days, a new dashboard will be available on the Healthy and Safe Schools website.

Circuit breaker in areas with high transmission now in effect

Due to the high number of COVID-19 transmissions, a 14-day circuit breaker went into effect at 6 p.m. on Friday, Oct. 8, for certain areas of the province.

These areas are Zone 1 (Moncton region) as far north as and including Sainte-Anne-de-Kent and including Havelock in Zone 2; the northern portion of Zone 3 from and including Deerville and Florenceville-Bristol; and all of Zone 4 (Edmundston region), including Menneval in Zone 5.

The 32 new cases in Zone 1 (Moncton region) are as follows:

Twenty-six cases are under investigation and six are contacts of previously confirmed cases.

The 22 new cases in Zone 2 (Saint John region) are as follows:

Thirteen cases are contacts of previously confirmed cases and nine are under investigation.

The 17 new cases in Zone 3 (Fredericton region) are as follows:

Nine cases are under investigation and eight are contacts of previously confirmed cases.

The 11 new cases in Zone 4 (Edmundston region) are as follows:

Seven cases are under investigation and four are contacts of previously confirmed cases.

The three new cases in Zone 6 (Bathurst region) are as follows:

Two cases are under investigation and one is a contact of a previously confirmed case.

The four new cases in Zone 7 (Miramichi region) are as follows:

All four cases are under investigation. 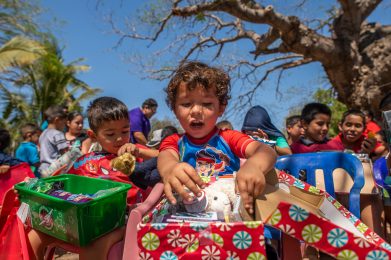 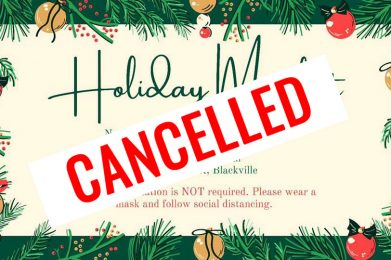 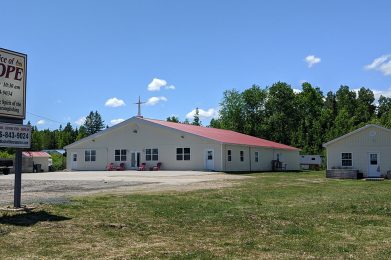