Ty William Croft of Main Street, Blackville passed away on Sunday at the age of 17.

Born in Moncton, NB, he was the son of Cora-Lee and Dana Croft. He was a student and a member of St. Andrew’s United Church.

He was predeceased by his grandmother Lynn Croft and Grandfather Brian Underhill.

In Ty’s Memory, donations to memorial of one’s choice would be appreciated.

Arrangements are in the care of Davidson’s Funeral Home, 622-7464 and online at www.davidsonsfh.com, your family-owned, family-operated funeral home.

Born in Miramichi, he was the son of Rodney Coughlan and Leah (Curtis) Sutherland (Travis Sutherland). Kobe was a grade 12 student at Blackville High School and worked at the Chipman Mill as a night supervisor. He could often be found working on his dirt bike or his 1988 Oldsmobile.

The family will receive relatives and friends from Gray Rapids United Pentecostal Church, on Thursday, September 17, 2020 from 3 to 5 pm and 7 to 10 pm. The funeral service will be held at Gray Rapids United Pentecostal Church on Friday, September 18, 2020, at 2 pm, with Rev. Graham Russell officiating. Interment will take place in the church cemetery.

As expressions of sympathy, donations may be made to a memorial of one’s choice.

Funeral arrangements are in the care of Northumberland Funeral Home, 102 Pleasant St, telephone (506) 622-7741

The death of Denver Joseph Jardine, son of Shannon and Angel (McCormack) Jardine of Gray Rapids, NB passed away accidentally on Sunday, September 13, 2020 at the age of 17 in Blackville, NB. Born in Miramichi, NB, Denver was a Grade 12 student at Blackville High School, who worked as a summer student at the Fish Plant in Baie Ste. Anne.

Burial will take place in the Pentecostal Cemetery in Gray Rapids.

Funeral arrangements are under the care of Bell’s Funeral Home, 651 King George Highway, Miramichi, NB. Telephone: 506-622-3600. Messages of condolence can be sent through our website at www.bellsmeadows.com

Please note that Covid-19 Protocols will be followed.

You, Me & Mother Goose Program at Blackville School 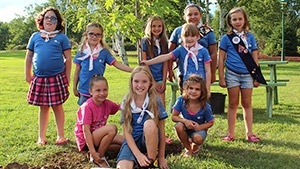 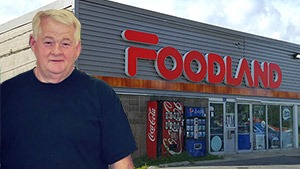