In Remembrance: Joyce Fortune Recalls the End of the War in 1945

Joyce Fortune Recalls the End of the War in 1945

I served as a corporal with the Canadian Women’s Army Corps during World War II.  I signed up in Fredericton in June 1944.  First I received my basic training in Kitchener, Ontario around August 1944.  I learned such things as map reading, army procedures, drill and the like.  I was then sent to Glede Barracks in Ottawa around September 1944.

In Ottawa I was trained in typing, military administrative procedures, how to keep proper military records and to fill out forms.  I was then sent to Saskatoon for upgrading on military administrative procedures until February 1945.  Near the end of February 1945, I was posted to District No. 7 Depot headquarters in Fredericton and served there until August 1946.  While in Fredericton, I was placed in charge of keeping the military records of all personnel stationed at District No. 7 Depot.  While I was serving at the depot, hundreds of soldiers were returning home from the war.

I was in Fredericton on V.E. Day, May 8, 1945 and we celebrated with a parade.  I felt good to hear about the end of the war in Europe because most of the people from around Blackville were in Europe.  But there was still a war going on in the Pacific.  I was discharged from the Canadian Women’s Army Corps in August 1946 just about a year after V.J. Day.  I returned shortly after to the same building I worked in for District No. 7 Depot but now as a civilian.  I did the same work for a couple of weeks.  Years later, I worked as the custodian at Blackville High School and retired in 1992.

Mrs. Edna “Joyce” Fortune passed away Tuesday October 28, 2014 at Miramichi Regional Hospital, at the age of 89.

Watch video of Joyce Fortune below filmed during the Heritage Day festivities held in Blackville in February 2012. In the video, Joyce recalls enlisting in the Canadian Women Army Corp as a young girl. 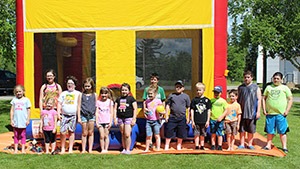 End of the School Year Bash 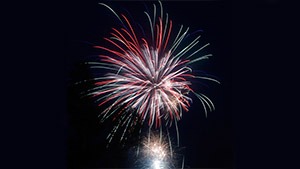 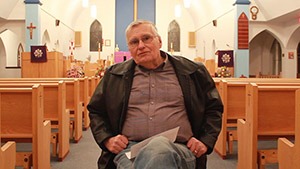