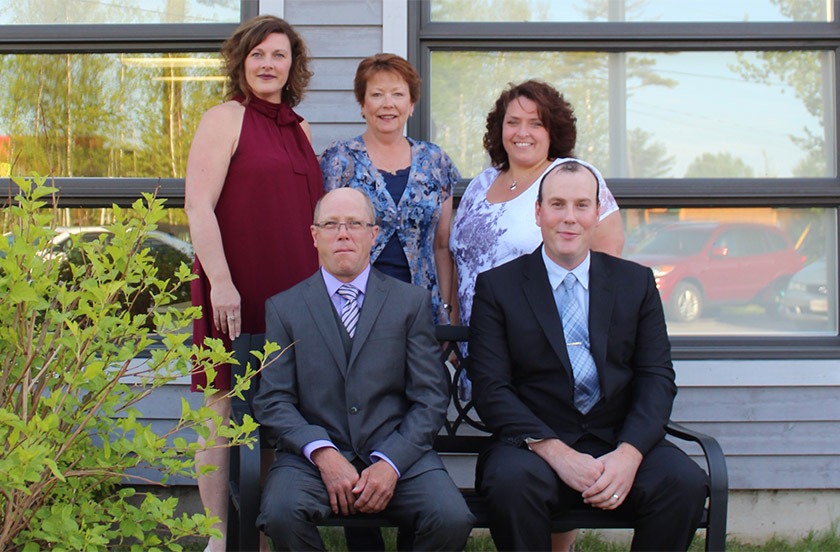 The newly configured Blackville Village Council was installed before a full house Monday night at the Blackville Community Centre.

Christopher Hennessy was sworn in as mayor, replacing Andy Hawkes, while Ian Fortune was installed as deputy mayor, replacing Matt Sturgeon.  Re-elected councillor Cindy Ross was sworn in, alongside new councillors Amanda Brennan and Cindy Underhill.  Underhill had previously been on council from 2004 to 2012.  Village clerk Tina Peterson conducted the Oath of Office ceremony.

Following the ceremony, Mayor Hennessy addressed the crowd, “It’s great to see such a turnout. It’s clear that people are proud of our great village. I look forward to serving you for the next 4 years.”

A reception catered by Hooked ‘N Cooked was held following the ceremony.

View photos from the event below. Click a photo to enlarge.