The regular meeting of the Blackville Village Council met in the Council Chambers at 19:00hrs March 10, 2022 with Mayor Fortune presiding.

RCMP members were present to address any concerns council has and bring council up to date on their work.

Atlantic Salmon Federation gave a presentation on small mouth bass and how they are trying to control them.  A motion to purport their project will be made under new business.

Mr. Donahue voiced his concerns to council on the amalgamation / area that the province is implementing.

It was moved by Councillor Underhill, seconded by Councillor A. Brennan to adopt the minutes, as circulated, of the Regular Council meeting February 10, 2022.  MOTION CARRIED

It was moved by Councillor D. Brennan, seconded by Councillor A. Brennan to adopt the minutes, as circulated, of the Special Council meeting March 4, 2022.  MOTION CARRIED

Council has received all correspondence either through email or hard copy in their mail boxes.

SENIORS:  Councillor Ross reported now with the restrictions lifting she is going to see if she can find someone (group) to do our senior dinner again, if not in the spring maybe in the fall.

BY-LAWS:  Councillor Ross had nothing to report.

FIRE DEPARTMENT: Fire Chief Christopher Sturgeon gave fire report for February 2022.  Total manpower available (19), Call responded to within village during month (3), call outside village (1), training session held (1). Chiefs General comments: At the end of the month we seen the COVID restrictions ease so we were finally able to start our weekly training back up. It will be great getting back into a routine moving into March. Also, we have partnered with Salisbury Fire and Rescue in a province wide 50/50 draw; Jackpots fluctuate week to week but seems to be going well so far. We are starting to promote this more and more and are looking at ways to increase this in the coming weeks. The more tickets that are purchased in support of the BFD then the more funds we receive.

RCMP: Councillor Underhill had nothing to report. Four RCMP were present and everything going good in the Village, other than a few accidents.

DOG CONTROL: Councillor D. Brennan reported that there were no issues during the month.

RECREATION: Councillor D. Brennan reported due to the warmer temperatures, the ice has melted and the ice surface is closed for the season. The day-care is operating as usual. I’m waiting to hear back on funding for the new oil furnace and oil tank. If funding is not available, our application will be applied to the next term of RDC funding. A new dusk to dawn light has been ordered for the rink.

AMBULANCE NB:  Councillor D. Brennan reported that everything is operating as usual. Staffing has been up this month and we see more of a presence in Blackville. Our RRU has been stationed in Blackville more regularly and is not covering the City of Miramichi as much as we’ve seen in previous months. With the lifting of the regulations, I am hopeful we can reschedule the meeting with ANB Vice President JP and regional director Pat Flynn in the near future.

TOURISM Councillor Underhill had nothing to report.

Councillor D. Brennan gave an up on the Economic development and tourism project:

I touched base with the Upper Miramichi Douglas Munn. Things on the project have begun to move and we established some action items to be carried out within the next few weeks. I just received the contact information for Chris Ashton and will be in contact with him next week.

JULY 1:  Councillor Underhill reported that we should start planning for Canada Day. Discussion on if Fireworks should be on July 1st or Labour Day.

Councillor Ross reported that Sky Design reached out to her on Monday to see if we would still be doing our show again this year. Fireworks have gone up from 25-45% and are in short demand. He does have enough for this year for his regular customers.

BEAUTIFICATION: Councillor A. Brennan reported that the Remembrance Day flags have been ordered. Jeff Keenan says its no problem to make the brackets for them just let him know.

PARK: Mayor Fortune reported planning project for the park for the upcoming year such as installing new playground equipment and paving walking trails.

FINANCE: Mayor Fortune reported that finances are in order.

BUILDINGS: Councillor A. Brennan reported no issues with the Village office and the heating system. She was speaking to Chris Sturgeon and they are still waiting for the company to come and repair a leak in the ceiling. Perhaps we should look into that time frame to have that completed.

SEWER:  Councillor A. Brennan reported that there were no issues during the month with the system.

STREET & PUBLIC WORKS Mayor Fortune reported that Dana is busy cleaning out the storm drains in preparation for the rain expected over the weekend.

Meeting regularly with the LSD reps and the province to discuss the reform. A hybrid system has been chosen for the entity 22. There will be 3 councillors chosen at large, 3 for wards and the Mayor at large. Had a meeting with Brock Curtis to discuss the interpretive trail and the tourism project. Further updates will be provided on these two projects.

Regional Service Commission: Councill Denver Brennan reported we have been having regular meetings with the RSC transition facilitator Janice Goguen and progress on the transition phase has begun. Mayor Adam Lordon asked me to sit on the Economic Development and Tourism Committee for the RSC transition. We have started regular meetings with the transition facilitator, GMRSC executive director Wilson Bell, and Working NB Regional director, Roberta McIntyre.

Our next meeting is scheduled for Tuesday, March 15th. One of the main topics for this meeting is the naming process for the new entity. ELG has allocated $1000 to each advisory committee for publicity promotion. I obtained quotes from newspapers and radio stations to start putting out information ads. This will be discussed and voted on at the next meeting. The areas of Sillikers, Matthew’s, Halcomb, Lyttleton, and Denis have been added to the entity. This is all along the back road area of South Esk. The increase of population and eligible voters will be available once Elections New Brunswick finalized the maps.

Publicity & Promotion:  Mayor Fortune reported that he has attended meetings regularly with the LSD reps and Don Ferguson to discuss reform.  Topics discussed at this point are the number of councillors and if we should have wards or at large.

A discussion was held on the policy.  Will be adopted in April 2022.

Moved by Councillor Ross to adjourn the meeting at 20:35 PM hours.

Council meets in regular session on the second Wednesday of each month. Meetings begin at 7:00 pm in the Council Chambers at the Blackville Community Center, 12 Bartholomew Road South and are open to the public.

If you wish to address Council, please contact the municipal office at 506-843-6337 at least 24 hours prior to the meeting. 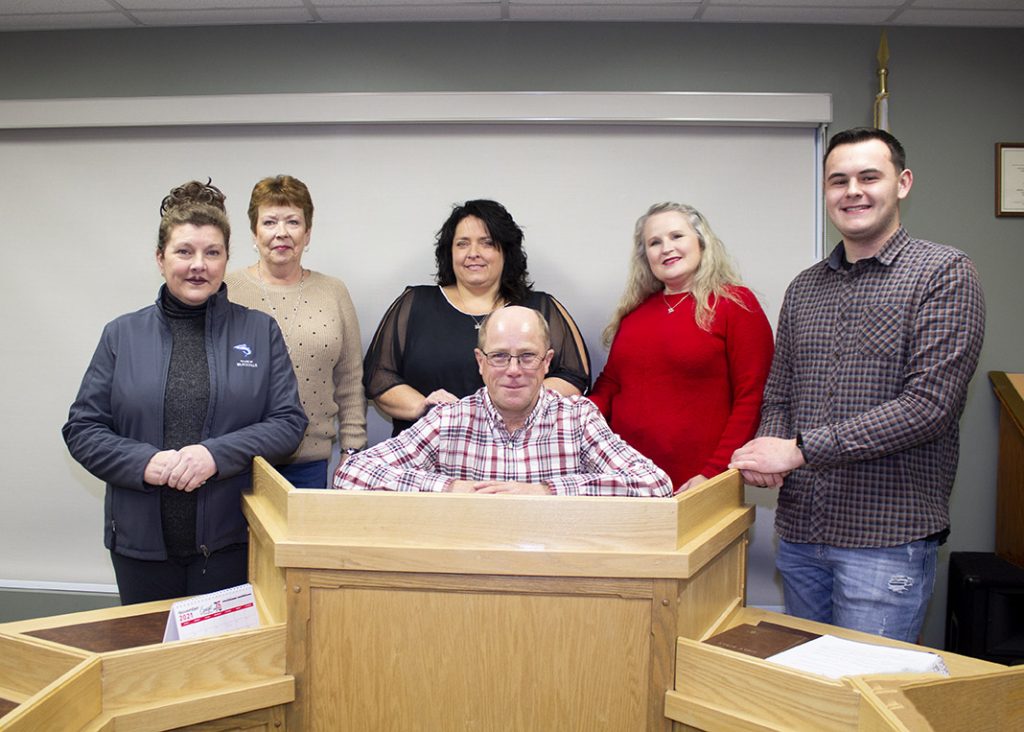