The regular meeting of the Blackville Village Council met in the Council Chambers at 19:00hrs October 10, 2019 with Mayor Hennessy presiding.

GUESTS: Melanie Underhill spoke to council regarding concerns of a horse moving close to her property.  She asked for council’s support with this issue.  Council agreed that with the health issues her family faces with allergies it wasn’t a good idea and will support her at the Regional Service Commission meeting on Tuesday, October 15.

It was moved by Councillor Ross, seconded by Councillor Underhill to adopt the minutes, as circulated, of the Regular Council meeting September 12, 2019.  MOTION CARRIED

HISTORICAL SOCIETY:  Councillor Fortune reported that he spoke with North Shore Construction in regards to fill being removed from Riverview Drive.  He was assured future fill will be taken to Historical property.

SENIORS: Councillor Ross had nothing to report.

AMBULANCE NB:  Councillor Ross had nothing to report.

HEALTH & WELLNESS:  Councillor Brennan reported that the next meeting will be held on October 23.  Chef’s program is to start October 15 with grade 5 students.  Tree lighting ceremony will be in the park on November 18.

ATV:  Councillor Underhill reported that the next meeting to be held will be on October 23.  Fall fun run is Oct 19.  People are encouraged to purchase trail passes from vendors not SNB as the club lost $958 last year.

HOME & SCHOOL:  Councillor Underhill reported that the Fall Fair was a success.  Home tours will be November 30.  Vessey seed campaign just finished.  Will be working with the Chef’s program.

FIRE DEPARTMENT: Councillor Ross had no report to submit.

RCMP: Councillor Ross had no report to submit.

STREET LIGHTING:  All lights are working and those that are not have been reported.

LEISURE SERVICES: Councillor Brennan had nothing to report.

RECREATION: Councillor Underhill had nothing to report.

TOURISM Councillor Underhill reported that the tourism building is now closed for the season.

PARK: Councillor Fortune reported that park workers are done for the season.  Splashpad had been prepared for winter.  Ronnie Underhill hauled away old trees and stumps.

UNSIGHTLY PREMISES: Councillor Brennan reported that Mr. Donahue has the buildings removed from his lot and cleaned premises.  Other areas discussed last month on Main street have been levelled and cleaned up.

FINANCE: Mayor Hennessy reported that finances are in order.

BUILDINGS: Councillor Fortune had nothing to report.

SEWER:  Councillor Fortune reported flushing of system has been completed.

STREET & PUBLIC WORKS Mayor Hennessy reported that roadwork on Riverview Drive has begun.  A culvert has to be replaced and this will come at an additional cost.

North Shore will be doing some patching of potholes around the village.

Additional storm drains will be installed on Main Street by the grocery store.

A couple of small ditching and culvert projects still need to be completed before everything freezes.

Regional Service Commission: Mayor Hennessy had nothing to report.

Publicity & Promotion:  Mayor Hennessy reported that he has been working with Upper Miramichi and Doaktown mayors on issues with Regional Service Commission and ATV / Snowmobile project.

Mayor Hennessy has also been working with the consultant on this project.

Attended a meeting at the school on October 9 in regards to the crystal meth issues our community is facing.

to work with the Rural Community of Upper Miramichi and the Village of Doaktown to explore options in moving forward with our own independent planning services.  MOTION CARRIED.

Clerk brought forth two bids received for the snow plowing tender.  Council viewed both tenders and lists of equipment.  We will now request proof of ownership for equipment listed from both parties.

Moved by Councillor Ross to adjourn the meeting at 20:25 hours. 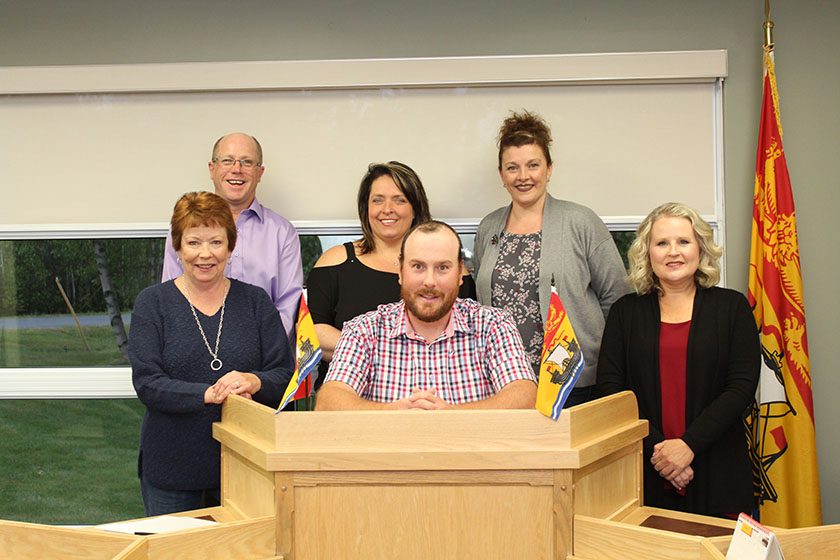